You are here: Home / Blogs / Introducing the BlogFest 2.0 Official Programme

Several hours from now, I’m leaving for General Santos City, Yes! my mind is already applauding in advance not because of the tuna sashimi night, kikkoman soaked, induced tuna wasabi madness – we know GenSan is already known for that, but because of the BlogFest 2.0 Soccsksargen which I’m very pleased and excited of joining Weee!!!

I’ll be waking up early tomorrow morning to join Brendel and Lyle, we’ll be meeting up at Ecoland Bus Station, I hope the wake and meet-up plan works.. hehehe  – the Davao Bloggers Official Transportation.. hehehehe.. and of course I’ll be riding an air-conditioned bus, I don’t want to ruin my smart casual attire that I’m prepping up for the night. It’s also an awards night too for the much awaited and anticipated – BOOM! – Philippine Blog Awards 2011! fingers crossed may the Technology Blog in Mindanao wins!

I don’t want to spoil the fun either so I’m showing to you the Lists of Speakers and Official Programme of the BlogFest 2.0. Here it goes … tadah! 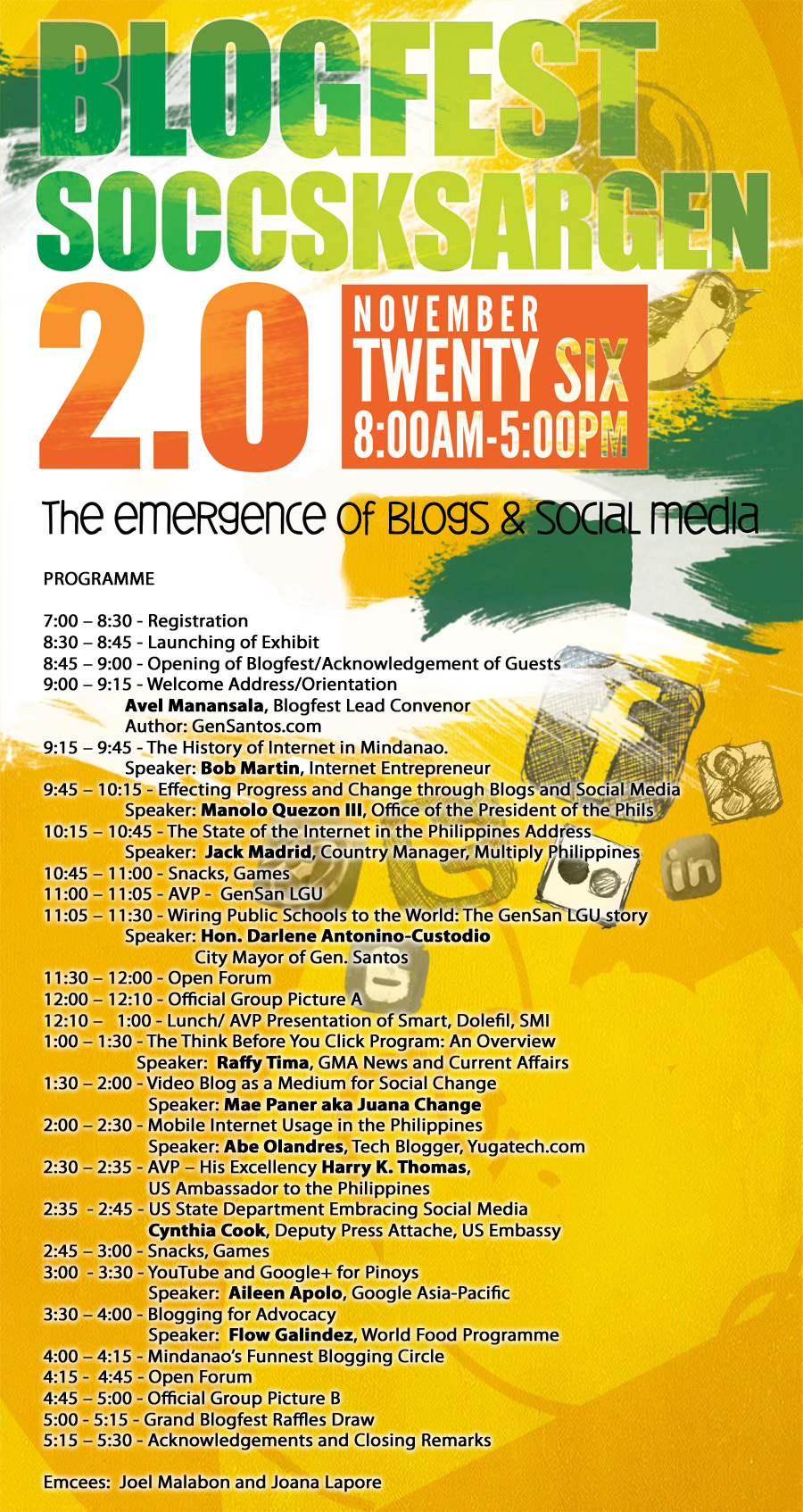 GeekyFaust is a site for technology news, gadgets, and reviews. We provide technical information for non-techies and techies alike. Established on June 16, 2009.