So here’s the question that goes: What is the most significant bloggable event that happened to you in 2010?

The Year 2010 is a banner year for me for some of the many important reasons.

To start with in any order, I have met and made some, few and friends now growing in the blogosphere – To start with, if I can still remember (scanning my memory bank in my head) way back between 2007 and 2008, I first joined the first ever blogging christmas party for bloggers held at Casa Letecia’s Coco’s Bar. 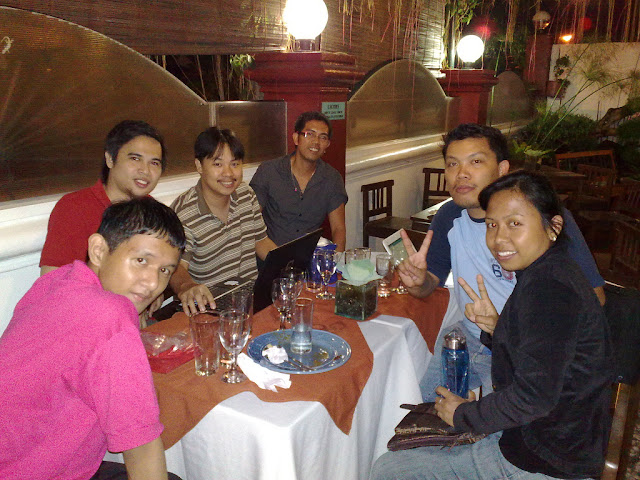 Attended for the first time the mini WordCamp 2008 and from there I met Lyle Santos a registered part-time nurse and full-time blogger – he’s also a mentor too when it comes to blogging, sharing some adsense tips anything that’s related to technology, next I also had a pose with Matt Mullenweg founder of WordPress.

Blogging events came into succession, I’ve been joining blog events like the Google Mapping Party wherein I brushed elbows and met in person the blogosphere’s notable blogger Jehzeel Laurente – awestruck (hmm.. apt description for this is StarStruck eh?)  and speechless I jokingly call him an idol!

It’s very hard these days getting into the Open Directory Project, I’m glad I was reconsidered. Yay! then Linkworth All Time high earnings together with Adsense came through without a hitch.

Selected page of  this blog like the Google Pagerank Update schedule got as high as Google Pagerank 5, I did not imagine google was some sort selective in ranking pages.

Featured on Sunstar Davao and the Food Appreciation Tour

Good food, good reviews about Davao City’s very own DFAT 2010, I was part of it.

Raffled some Ipanema tickets on the Davao Bloggers Christmas Party 2009.

Got and won an exciting raffle a Sony Ericsson C903 mobile phone at the press launch at Coffee Cat.

Recently won the much awaited and anticipated blogging event of the year – Philippine Blog Awards in Technology for Mindanao 2010 category tied with Alleba Blog.

Some advertising network/s online and offline offered to have their site/s advertised and listed on mine – additional income for the rainy days.

Earned a certificate of completion on Networking Essentials.

WordCamp 2010 was my biggest event ever, flying from Davao to Manila and getting left behind by an MRT train station – lessons learned – move fast Faust! followed by BlogFest 2010 event in Gensan –  Box Office!

There’s a local newspaper hinting  to offer me to be a columnist in their technology section – everything under the sun.

For the month of December 2010 – I consider a blessing was handed down to us. As a government employee, performance bonus of P7,000, an approved 30 days leave credits that was converted and monetize into cash around P14,000 a Christmas Bonus of P10,000,  that they call Pnoy is already in the bank, and upcoming P1,500 coming from the City Government.

So that’s much said, the above-mentioned are my significant blogging event for Year 2010.