I’ve been carrying around wherever I go the NEO Basic B3357 Netbook that came bundled together with the Globe Tattoo Postpaid usb kit which has been around last September 11, 2010 and  now it’s on 8 months use this May 2011.

I brought anywhere I go when there’s blogging events – in Manila to join the first ever WordCamp 2010 and BlogFest 2010 in General Santos City.

Until recently I’ve been getting frequent gateway timeouts – even doing the simplest of browsing – I have to either press F5 key to refresh, disconnect and reconnect the Tattoo Software Dialer.

So here’s the screen cap I got awhile ago.

and the internet speedtest result: 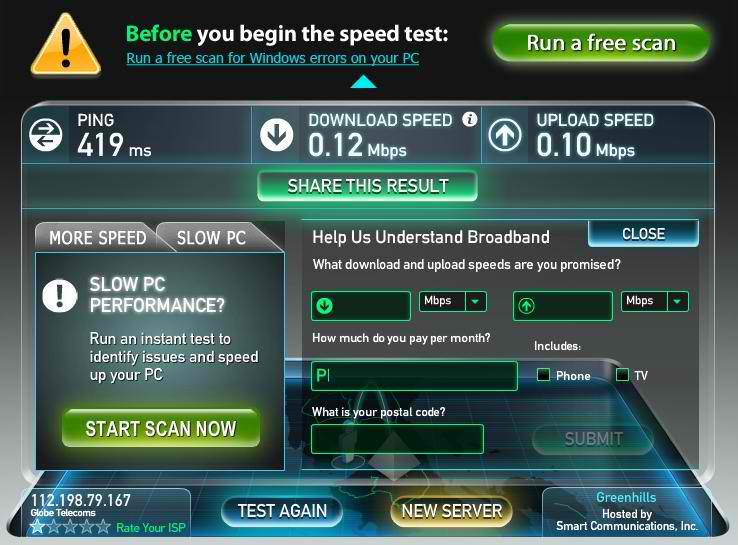 I know some of you still remember the outages caused by the fiber cut last May 9, 2011, affected were the Visayas and Mindanao area – I was also affected – I haven’t been informed yet of any compensation as of press time.